Yippee! Another day, another new bird – this time a Common (or Mealy) Redpoll. 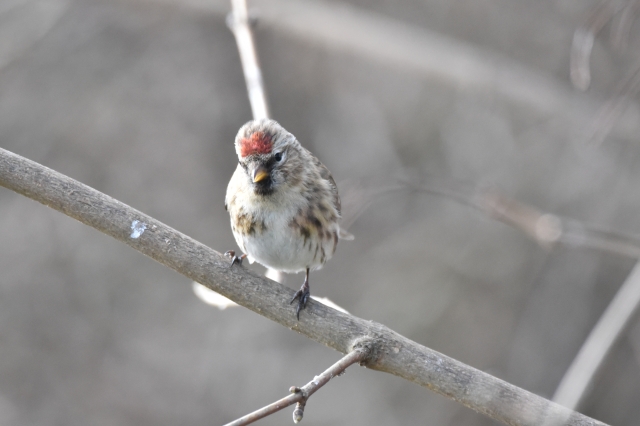 It was my 69th visit to Old Moor today. I had gone because the Mediterranean Gull I photographed this time last year has returned to exactly the same spot where it was last time! 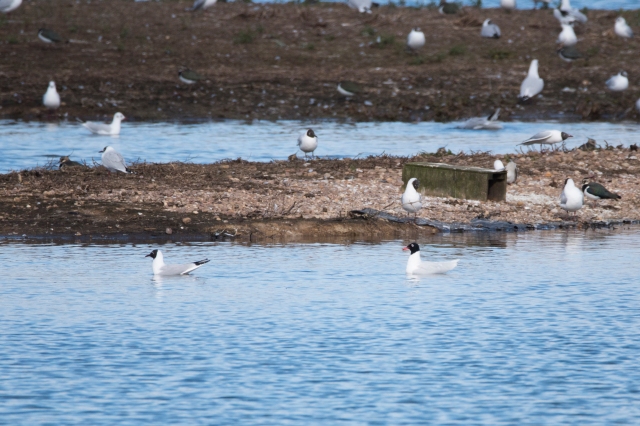 Quite a few people had turned out today to see the Med Gull. The Family Hide was busier than usual, providing the best view of the visitor.

Green Lane was looking a bit bare due to the extensive pruning that has been going on recently. No doubt by the end of Summer the shrubs and trees will be almost impenetrable again, however! A pair of Long Tailed Tits were flitting in the trees just outside the Wader Scrape Hide as I arrived there. At least a dozen Goosanders were snoozing in their usual spot across the Mere, and ‘Cormorant Island’ was full to bursting with Cormorants and Black Headed Gulls today.

At Wath Ings I spent half an hour or so watching some Snipe on the mud in front of the hide; yes, mud – perhaps the water level is beginning to go down a bit at long last! Wath Ings has been such a good spot for waders in the past; they won’t be able to come back in numbers until more mud is exposed. 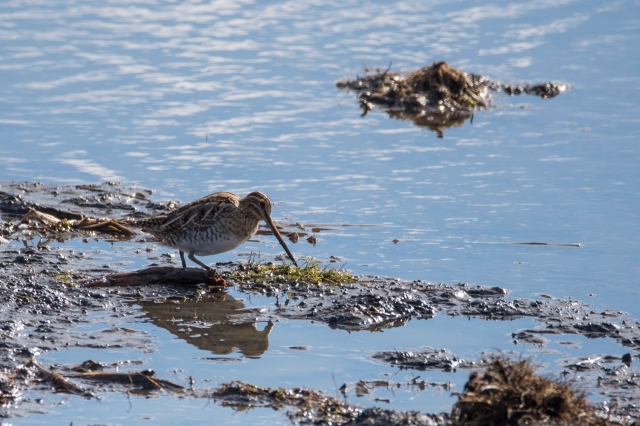 My last visit of the day was to the Tree Sparrow Farm. Wow! Here I saw a Siskin, Yellowhammer, Long Tailed Tits and a Common Redpoll amongst all the other more common species.

What a good haul of birds! The Common Redpoll takes me up to 166 birds. I wonder what my self-imposed target should be for the end of 2016??