I paid a short-ish visit to North Cave today. The weather was a bit dull and rain didn’t seem far off so I only stayed about forty-five minutes or so. I went straight to South Hide, which overlooks the Main Lake. A number of Mediterranean Gulls had been sighted there recently. I know I’ve only recently improved my Med Gull photograph at Old Moor, when I caught one in flight, but I always like to see any new bird at more than one location – I can’t explain why – it’s just me!

The Black-Headed Gulls were in abundance on the island on the Main Lake – albeit a bit distant. It took some finding, but I eventually identified a Med Gull amongst all the BH Gulls. 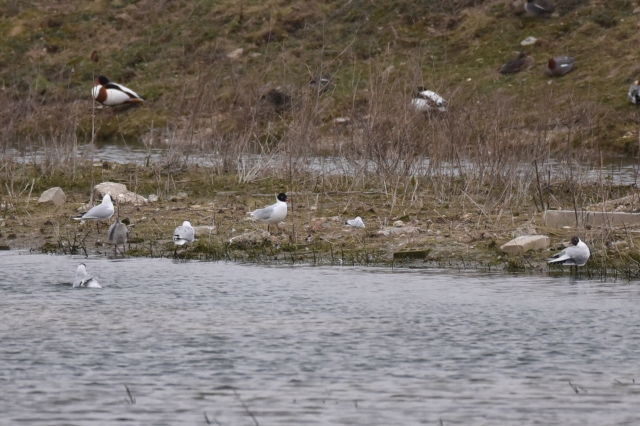 Whilst in the hide I overheard another birder saying that he had spotted a high-flying Red Kite. It was a moment or two before I could locate it, and when I did I quickly realised that it was being harried by another, smaller raptor. I think it’s a Peregrine in my image, but it’s very hard to be sure given how distant the bird is in the photograph, (and the dullness of the sky!). 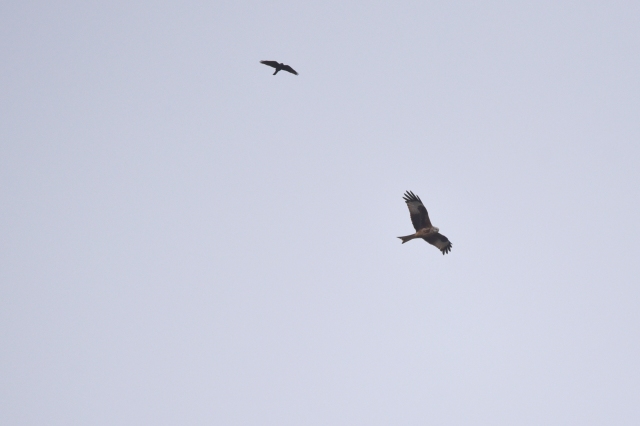 Definitely a Red Kite – but is the other a Peregrine?

I had no such identification difficulties when I walked along the path towards the East Hide which overlooks the Village Lake. As on each of my four previous visits to North Cave I was treated to a close-up view of a hunting Kestrel. It’s a beautiful bird and it doesn’t seem bothered about nearby humans pointing long camera lenses at it! 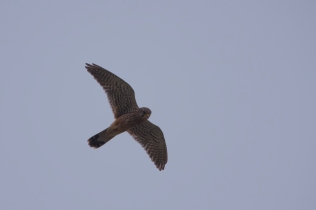 I do love a Kestrel; it’s a most beautiful bird, and the only British wild bird which can hover.

Each time I’ve been at North Cave I have seen multiple raptors. I like it here; it’s fast becoming one of my favourite reserves.