I went to Frampton Marsh today for the first time since last October. Frampton is one of my favourite reserves and is always worth a visit. The first time Helen and I went there (in December 2014), we were walking along the sea bank separating the reserve from the salt marsh (which leads straight out onto the Wash), when we were treated to the amazing spectacle of literally thousand upon thousands of Brent Geese flying in right over our heads. It was truly amazing and has indelibly marked Frampton Marsh on my memory as somewhere to return to often!

It was quite sunny today, but very breezy; it was actually quite difficult to hold my camera/lens combination steady in the constant buffetting, and my eyes were constantly streaming, which was a nuisance to say the least!

There have been lots of good birds reported at Frampton recently, including a male Scaup which has been present for most of the last week. That was definitely on my ‘hit list’ for the day. Also, a Bittern was seen no less than three times yesterday in the reedbeds straight out from the visitor’s centre. Could today, at long, long last, be the day when my ‘bogey bird’, the Bittern is finally in the bag?

However, it was not to be. Despite there being loads and loads of birds around the reserve, the Bittern remained elusive! I did see the rather sleepy male Scaup from one of the hides, but it kept its head down much of the time I was watching it, and it remained rather far off. Still, at least I saw it!

From the 360 hide I had excellent views of a group of Skylarks on the ground – somewhat unusual, I know. It took me ages to work out what they were, in fact. 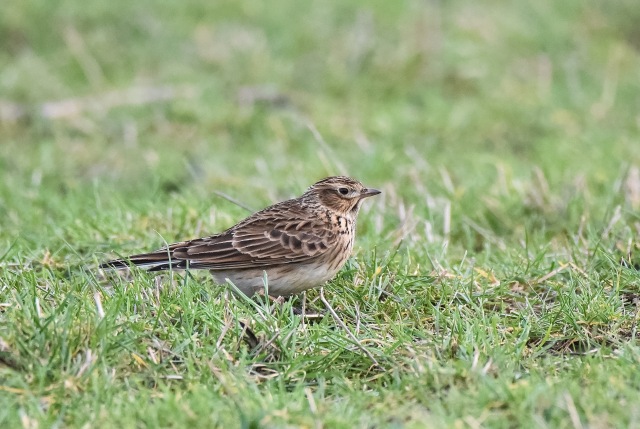 As you can see from the photo above, the tell-tale head feather crest is not showing. Either it was too windy and the birds kept them slicked-down for added wind-proofing, or perhaps they only sport the head tuft during the breeding season?? Either way, a skylark! 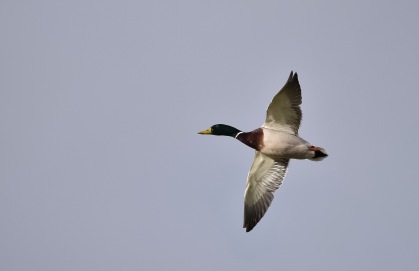 Other good birds showing well today were: a Ruff, hundreds of Brent Geese, a flock of Golden Plover, a few Barnacle Geese and a magnificent Goldfinch on the feeders next to the Visitor Centre. 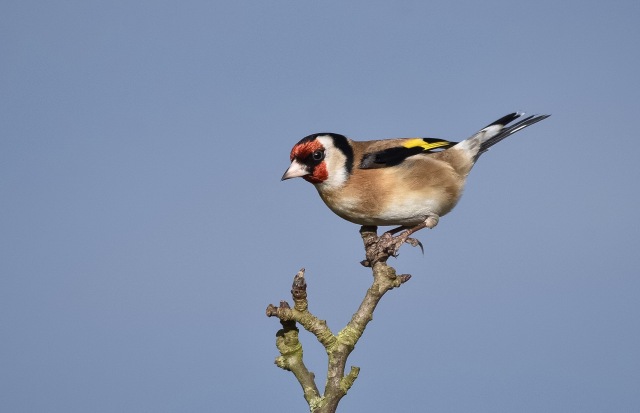 I really enjoyed the couple of hours I spent at Frampton today. I just hope it’s not so windy next time!