Last weekend it was a Leighton Moss trip for Helen and me. It was very cold indeed; the weather forecast had been for sunshine earlier in the week, but as Saturday approached the forecasts began to look less and less hopeful.

On arrival at Leighton Moss we quickly discovered that all the water in the lakes was completely frozen over – no water birds to be seen. Not to be daunted though, we pressed on regardless. First we tried the new ‘Sky Tower’ viewing point. What a view! The view from the top confirmed what we had already discovered though – ice everywhere!

My first thoughts were that there would be no birds to see, let alone photograph. Boy was I proven wrong!

I had remembered from our previous trip here that there was a fantastic location along the path enroute to the Tim Jackson & Grisedale hides where we’d seen loads of birds, including Marsh Tits quite close-up. It was a wider part of the path with several huge trees providing a dense canopy overhead, and one old dead one lying on its side which made a perfect perching area.

When we arrived there, a fellow birder had already ‘set up shop’ with a video camera on a tripod and a stills camera complete with long lens. Very helpfully, he had put down loads of seeds and nuts to attract the birds. In that one spot we were treated to a plethora of excellent bird sightings including: Jay, Willow Tit, Coal Tit, Nuthatch, Treecreeper and a host of other more common birds as well. We almost couldn’t decide just what to point our cameras at as we were spoilt for choice! We spent a magic hour or so at the spot and came away with a very impressive haul of bird shots for a single location! 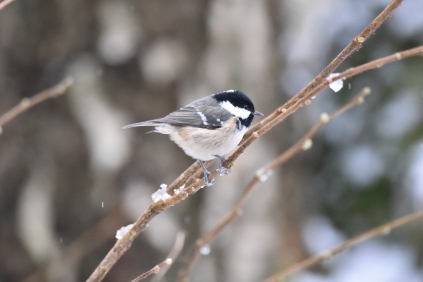 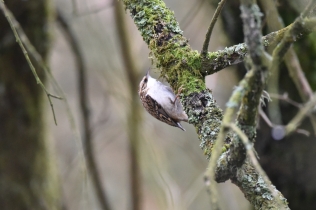 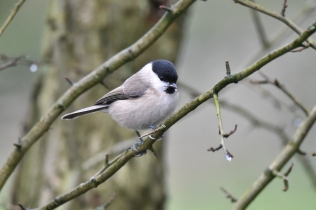 The following morning we went and waited at the grit trays down the Causeway for the best part of an hour, hoping to see the much-anticipated Bearded Tits. Alas, it was not to be. Despite having heard that they were ‘showing very well’ by the volunteers at the Visitor Centre, plus hearing a long account from a fellow birder who regaled us with stories of how good they had been the day before, the little beggars failed to appear! Grrrr!

Two last highlights of the weekend which need a mention were the fabulous female Great Spotted Woodpecker that gave us lots of photo opportunities just as it was beginning to snow on the Saturday afternoon, and the begging Robins that literally fed from our hands!

Despite an almost total lack of water birds, (don’t even mention the elusive Bitterns – do they really exist, or is it just a wind-up by every other birder in the world?) we had a fabulous weekend all the same. That’s twice we’ve been to Leighton Moss – both times in January – we must go there in the Spring next time! 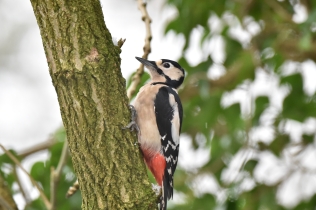 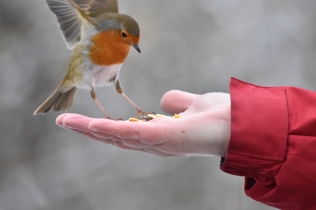